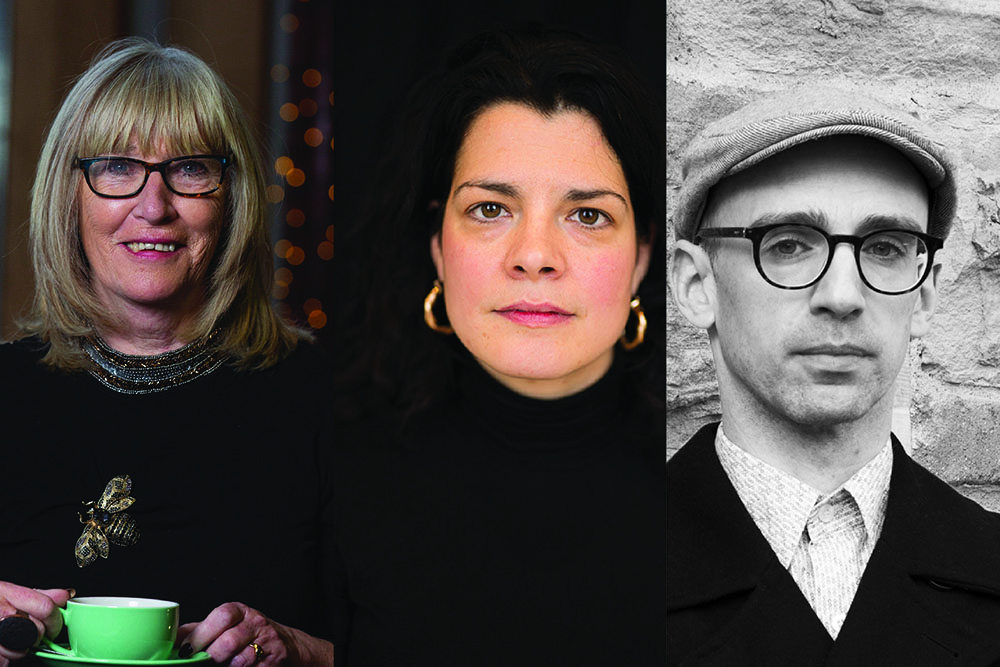 Join poets Moyra Donaldson, Dimitra Xidous and Colin Hassard to hear readings from their new collections, and will be in conversation with Paul Maddern about their latest works.

As part of this event, we are excited that Chair of the Mairtin Crawford Award for Poetry 2021, Moyra Donaldson will reveal the winner of this year's Poetry Award.

So join us and sit back and enjoy an afternoon of readings with us!

Biographies and About the Collections

Moyra Donaldson is an award-winning and critically-acclaimed poet and creative writing facilitator from County Down. She has received four awards from the Arts Council of Northern Ireland including the prestigious Major Individual Artist Award (2019) and was awarded the ACES award in its inaugural year. She has published seven collections of poetry, including a Selected Poems, and her awards include the Women’s National Poetry Competition, Cúirt New Writing Award and the Belfast Year of the Writer Award. She has also been widely published in magazines, journals and anthologies in Europe, Australia and the USA and her poems have featured on BBC radio and television, on American national radio and television.

Collection: Bone House was published in spring 2021 by Doire Press. The poems in this collection centre around the powerful and sometimes troubled relations between mothers and daughters. They bring historical, contemporary personal and psychological perspectives to the subject, creating a contemporary narrative. They traverse themes of loss, duty, grief and joy, as well as exploring psychoanalytical accounts of motherhood. This collection shines a light on how this most intimate of relationships is at the centre of so much of life. This is the latest collection from a poet who has established herself as a relevant and contemporary voice.

Dimitra Xidous is a poet and writer who has been living and working permanently in Ireland since 2011. In 2019, she was awarded a Markievicz Bursary for (S)worn State(s), a poetry collaboration with Kimberly Campanello and Annemarie Ní Churreáin. Her poems and essays have appeared in gorse, The Stinging Fly, Room Magazine and The Dalhousie Review. Her collaboration with Irish-based artist and printmaker Ria Czerniak-LeBov, (M)other, M(other), is forthcoming from gorse editions. Keeping Bees, her debut poetry collection was published by Doire Press in 2014.

Collection: Her second poetry collection, Μηδέν | Oὐδέν, will formally be published by Doire Press in 2021. Μηδέν | Oὐδέν is a collection that turns, returns and turns on language. Zeroing in on grief, memory and fucking, Xidous plays with images and the space between them. Each poem in the collection can be read as a zero point, in space and time. Starting from zero, Xidous distorts and twists language around words and sounds. At its centre, Μηδέν | Oὐδέν pivots around the erotic and establishes an erotics of space – in space and in time, the body is both in possession and possessed, by the ways in which Xidous, a bilingual writer, exploits the materiality of language(s). Building on her previous work in Keeping Bees, Xidous continues to advocate for pleasure, joy and delight.

Colin Hassard is a poet from Banbridge. He was Runner Up in the Seamus Heaney Award for New Writing 2018 and short-listed for the Aurivo North West Words Poetry Competition in 2019. He has twice been Ulster Poetry Slam Champion and his work has been published in The Honest Ulsterman, Ulla’s Nib, Incubator Journal, Bangor Literary Journal and Headstuff. As well as performing on Sky One, Colin has also written commissioned work for radio and television, most notably for BBC Northern Ireland.

Collection: Colin’s collection, Age of the Microwave Dinner, was published 2021 by Doire Press. This debut poetry collection explores where we are as a society, along with universal themes of heartbreak, family, relationships and death. Renowned for his thought-provoking work, these poems are infused with Colin’s unique perspective, humour and insight.

Paul Maddern (Chari) was born in Bermuda and has lived in Ireland since 2000. As a well-respected Poet, he has four publications with Templar Poetry: Kelpdings (2009, Templar Poetry Pamphlet competition winner); The Beachcomber’s Report (shortlisted for the Shine/Strong Award and winner of a Bermuda Government Literary Award); Pilgrimage (2017, winner of a Bermuda Government Award); and The Tipping Line (2018). His poem, Effacé, is on the Northern Irish GCSE syllabus. He was teaching Fellow in Creative Writing with the University of Leeds for three years and now owns and operates The River Mill Writers Retreat in South Down. 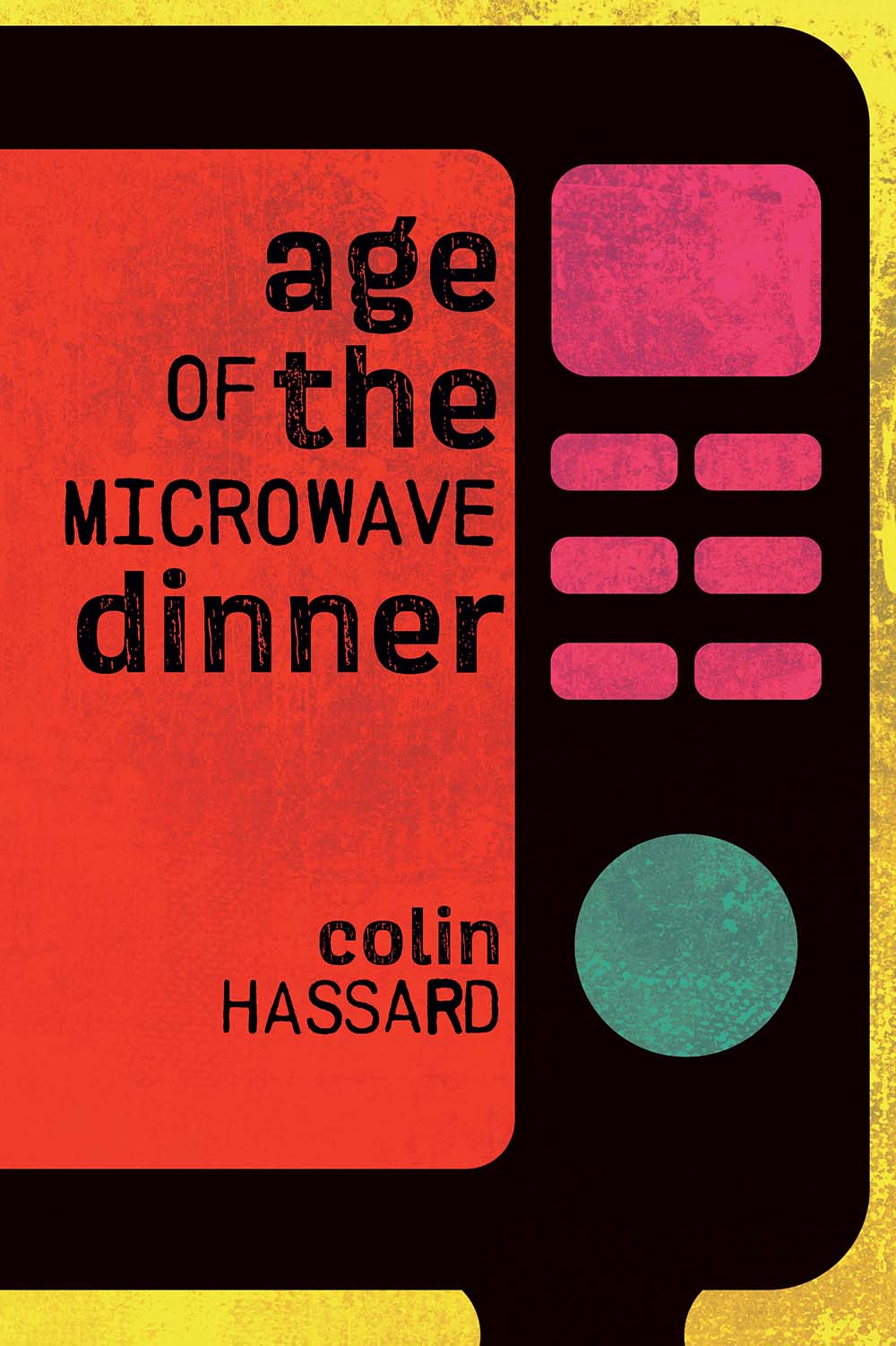 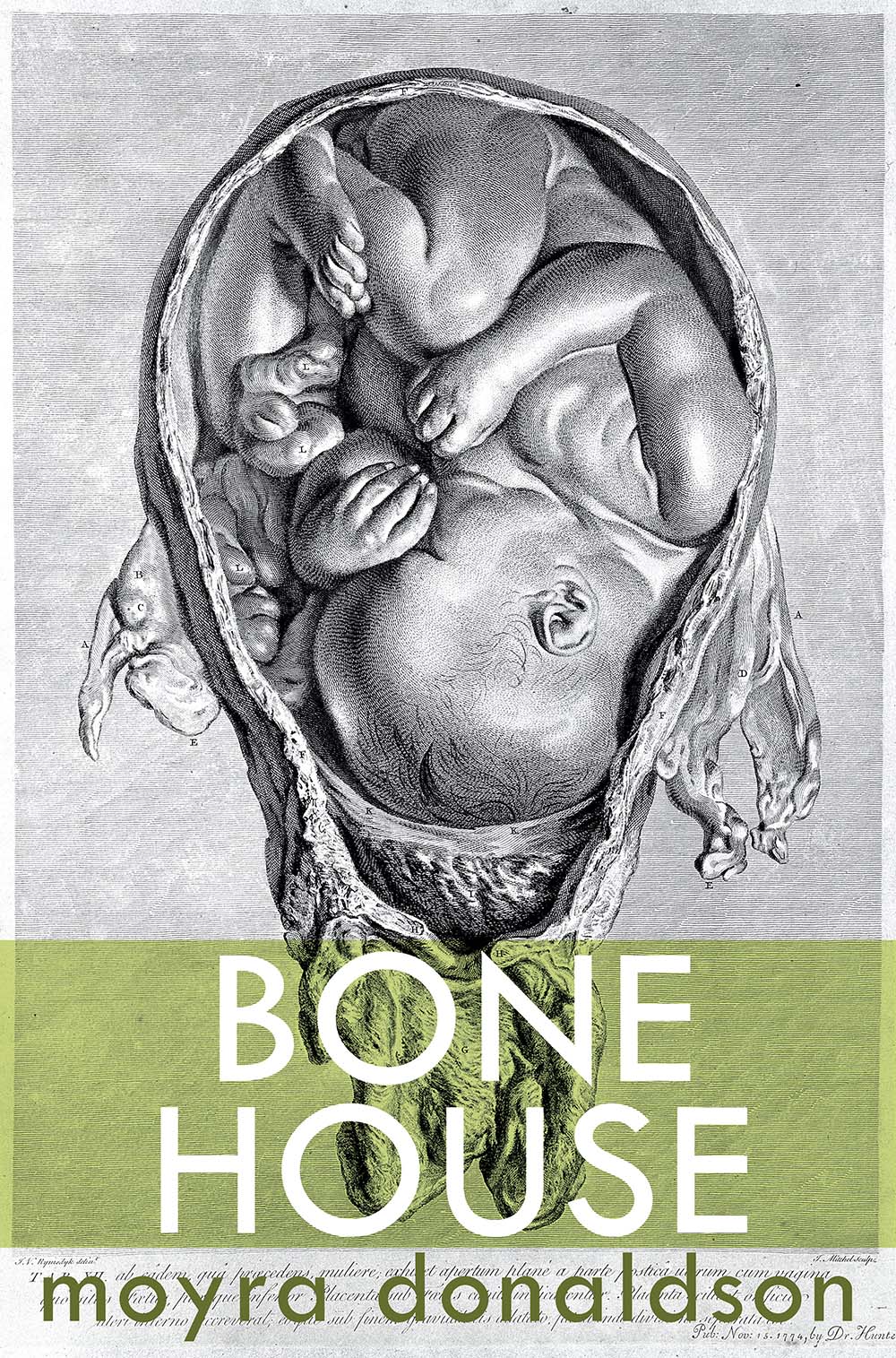