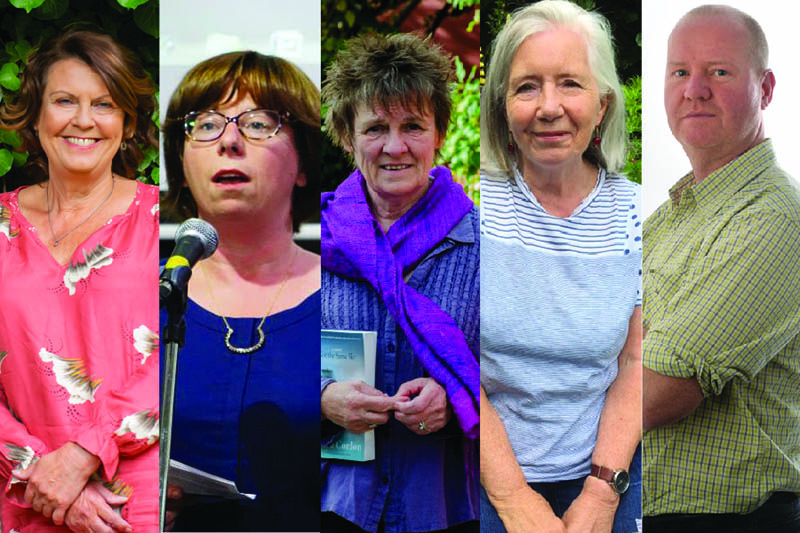 The Belfast Book Festival is delighted to be teaming up with the Dublin Book Festival to celebrate the 50th Anniversary of Blackstaff Press, one of Ireland's leading publishers.

For this special celebration event, we would like to invite you to join Books Editor of the Irish Times, Martin Doyle who in conversation with Patsy Horton, Managing Editor, Blackstaff Press, and former Managing Director, Anne Tannahill.

Also joining the conversation will be Blackstaff Press authors: Susan McKay, award-winning journalist and author whose most recent book is Northern Protestants: On Shifting Ground, and Evelyn Conlon, author of four novels and three short story collections, including Moving About the Place, published this year.

Martin Doyle, a native of Banbridge, County Down, is Books Editor of the Irish Times. He started his career with the Irish World, before becoming a reporter with the Irish Post, and subsequently its editor, and then moving to The Times. He edited A History of The Irish Post (2000), to mark the newspaper’s thirtieth anniversary. He was an extra in Father Ted and is still dining out on it. He contributed an essay, ‘Dirty Linen’, to The 32: An Anthology of Irish Working-Class Voices (Unbound, 2021).

Anne Tannahill joined Blackstaff as a trainee editor in 1976 and became managing director in 1980 when the company’s founders Jim and Diane Gracey sold it to Michael Burns. Together Michael and she published hundreds of books, many of them winning prestigious awards for content and design. Anne retired in 2003.

Patsy Horton joined the editorial department of Blackstaff Press in 2000 and became managing editor in 2003 when Anne Tannahill retired. Since then, she has been busy expanding and developing the Blackstaff list, including creating a digital list. She works closely with Malcolm and Wesley Johnston of Colourpoint Creative, who bought Blackstaff from the Baird Group in 2017.

Evelyn Conlon is one of Ireland’s most important writers. She is the author of four novels and three short story collections and her work has been widely anthologised and translated. The title story of her first collection, Taking Scarlet as a Real Colour, has been performed at the Edinburgh Theatre Festival, her radio essays are heard frequently on national radio, and she teaches writing on Carlow University, Pittsburgh's MFA Writing Program. Her latest collection of short stories Moving About the Place was published by Blackstaff Press earlier this year. She is a member of Aosdána.

Susan McKay is an award-winning journalist, commentator and author of four critically acclaimed books: Sophia’s Story, Northern Protestants: An Unsettled People, Without Fear: A History of the Dublin Rape Crisis Centre and Bear in Mind These Dead. Her latest book Northern Protestants: On Shifting Ground was published by Blackstaff Press earlier this year. She has made award-winning television documentaries, including The Daughters’ Story about the daughters of the murdered musician Fran O’Toole of the Miami Showband. Her work appears in the New Yorker, the New York Times, the London Review of Books, the Guardian/Observer and the Irish Times.

Since 2006 the Dublin Book Festival has been a mainstay of the Irish writing and publishing scene. DBF 2021 will showcase the wealth of talented authors published in Ireland and is delighted that this year will include a variety of in-person and online events. Running from the 8th until the 15th November, the Festival is a regular highlight of the literary year. Further information and the full programme can be found at dublinbookfestival.com