Queer Love seeks to go some way to redress the lack of acknowledgement of the LGBTQI+ community in Irish literary anthologies. The Anthology features a mixture of established writers of international standing, writers who have been making a splash in recent years and new emerging writers.

Join Anthology Editor Paul McVeigh who will be in conversation with contributors Colm Toibin, Mary Dorcey and Shannon Ye to discuss the book.

To purchase the Anthology visit www.munsterlit.ie

Colm Toibin is an Irish novelist, short story writer, essayist, playwright, journalist, critic, and poet. He is the author of nine novels, including The Master and Brooklyn, and two collections of stories. His play The Testament of Mary was nominated for the Tony Awards for Best Play. He is a contributing editor at the London Review of Books and Chancellor of the University of Liverpool.

Mary Dorcey is a critically acclaimed fiction writer and poet. Her work is taught and researched in universities from North America to Europe, China and Africa. She won the Rooney Prize for Irish Literature in 1990 for her Short Story collection A Noise from the Woodshed. She has published nine books, three of fiction and six of poetry. Her New and Selected Poems: ’‘To Air the Soul Throw all the Windows Wide, was published in 2017 by Salmon Poetry. Her novel Biography of Desire (1998) was a best seller and has achieved widespread critical acclaim. She was the first woman in Irish history to campaign publicly for LGBT rights and the first to address the subject unequivocally in literature. A lifelong feminist and gay rights activist, she was a founder member of The Movement for Sexual Liberation (1973), Irishwomen United (1974) and Women for Radical Change (1974). She is a Research Associate at Trinity College Dublin where for seven years she led seminars on Women's Literature and led creative writing workshops. She is currently editing new poems for her forthcoming collection with Salmon Poetry this November. She is completing a new novel, volume one of a duology. A Dangerous Love and a reprint of earlier short stories not available in Ireland are also to be published this autumn. She was elected to the Irish Academy of distinguished writers and artists ‘Aosdana.' in 2010.

Shannon Ye is an award-winning writer and creative producer. Her perspectives as an immigrant, biracial ethnic minority (Chinese/Caucasian), queer artist-mother with a disability living in Northern Ireland are deeply embedded in her work. Her award-winning, self-produced, Reassembled, Slightly Askew sonically immerses audiences in her autobiographical experience of her acquired brain injury and since it premiered in 2015 has toured locally, nationally and internationally. Her current projects include her first short story collection, a dance film about pandemic parenting, a children’s book about the impact of lockdown on young children’s mental health, and a radio commission. Her short story, The Brightening Up Side, was published in Belfast Stories (Doire Press, 2019), and Thumbnails was published in Queer Love: An Irish Anthology (Southward Editions, 2020), alongside Colm Toíbin, Emma Donaghue, and John Boyne.

Paul McVeigh's debut novel, The Good Son, won The Polari First Novel Prize and The McCrea Literary Award and was shortlisted for many others including the Prix du Roman Cezam in France. His short stories have appeared in Faber's Being Various, Kit de Waal's Common People, The Art of the Glimpse and have been read on Radio 4 and Sky Arts. He is associate director of Word Factory 'the national organisation for excellence in the short story' - The Guardian, and he co-founded London Short Story Festival. Paul has edited Belfast Stories, Queer Love: Anthology of Irish Fiction and The 32: An Anthology of Irish Working Class Voices. 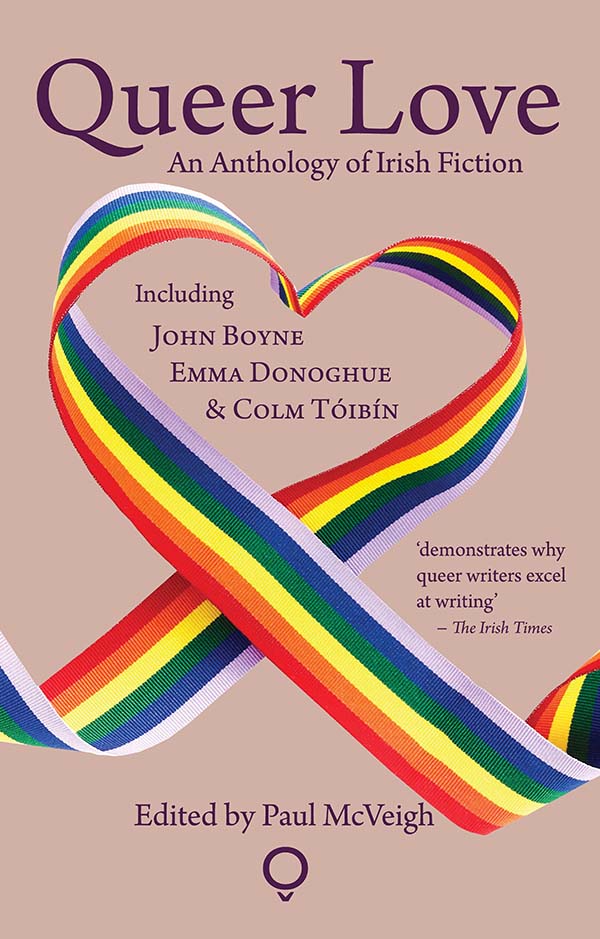