The Lifeboat presents Queering the Green

The start time for this event is now 6.30pm - previously 7pm 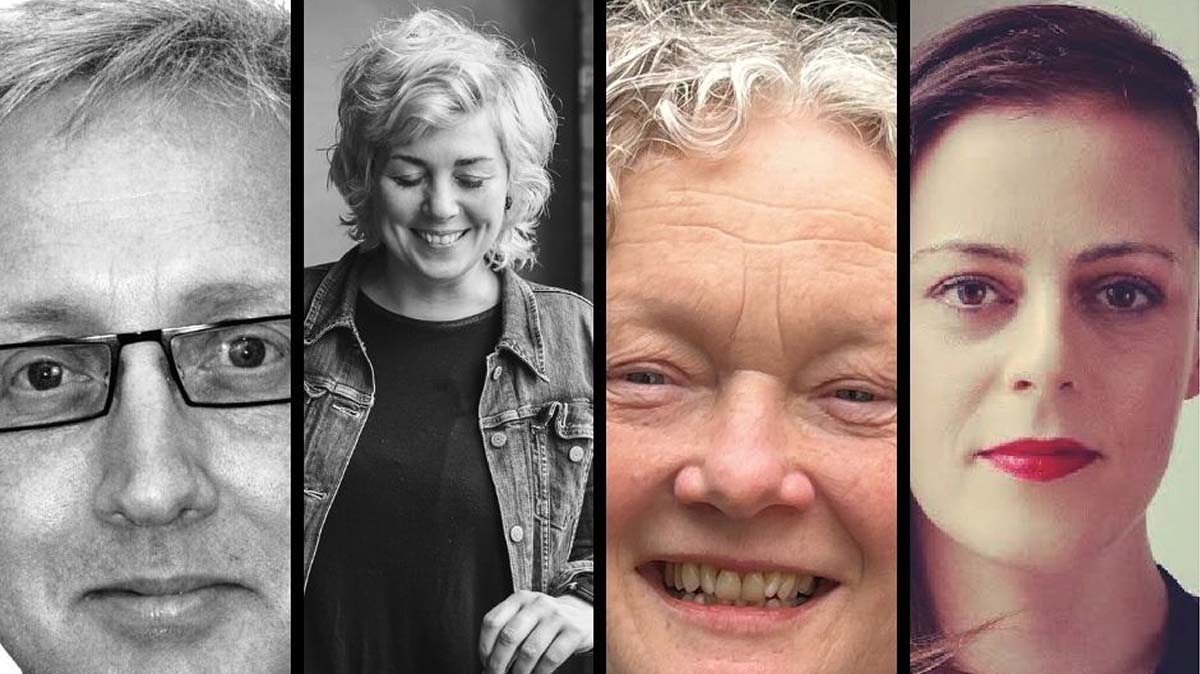 Queering the Green is a landmark anthology from The Lifeboat Press, surveying queer Irish poetry since the year 2000. It addresses the exclusions of the past, speaks to the diversity of the present, and points towards the radical possibilities for the future. Reading for us and taking your questions will be Editor Paul Maddern and contributors Dawn Watson, Mary Montague and Annemarie Ní Churreáin.

Dawn Watson is a writer from Belfast. Her debut poetry collection We Play Here is forthcoming with Granta Books in Spring 2023, and she is the author of pamphlet The Stack of Owls is Getting Higher (The Emma Press). Dawn is a poetry PhD candidate at Queen’s University. She has written for BBC Radio 4, and her work has appeared in Granta magazine, The Manchester Review, and The Stinging Fly. She is a recipient of an Arts Council of Northern Ireland ACES Award.

Annemarie Ní Churreáin is a poet from Northwest Donegal. Her books include Bloodroot (Doire Press, 2017), Town (The Salvage Press 2018) and The Poison Glen (The Gallery Press, 2021). Annemarie is a recipient of The Next Generation Award from the Arts Council of Ireland and a co-recipient of The Markievicz Award. She has been Writer-In-Residence at Akademie Schloss Solitude in Germany, Jack Kerouac House in Florida, and Centre Culturel Irlandais in Paris.She is 2022 Guest Editor of both The Cormorant Issue 7 and The Stony Thursday Book Issue 44.

Mary Montague is a poet and nature writer. She is a biologist by background, with a PhD in ornithology with a love of the natural world informing much of her writing. Her poetry collections are Tribe (Dedalus 2008) and Black Wolf on a White Plain (Summer Palace 2001). She has been published in numerous journals, nationally and internationally, has been widely anthologised, most recently in Queering the Green (Lifeboat Press 2021). Her work has also been translated into French, Italian and Russian.  She has received support from the Arts Council of Northern Ireland, and was a 2019 recipient of a Poetry Ireland Tyrone Guthrie Centre Mid-career Bursary. She contributes to The Guardian’s Country Diary.

Paul Maddern has four publications with Templar Poetry, the latest being The Tipping Line (2018), and he recently edited Queering the Green: Post 2000 Queer Irish Poetry (Lifeboat Press, 2021). He has received two Bermuda Government Literary Awards and his poem, Effacé is on the Northern Irish GCSE syllabus. He has taught Creative Writing at the Seamus Heaney Centre and at The University of Leeds.